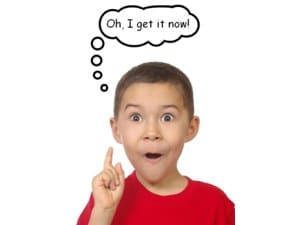 Believe me, when I was newly graduated there are many things that I didn’t know about ADHD. Sure, the textbooks and lectures taught me some things. But over my years in clinical practice, I have to come to see patterns of behaviour related to ADHD in children that are not always mentioned in popular literature.  Here are some of the things I have come to realise:

The brains of children with ADHD are under stimulated.

It seems crazy to want to give a hyperactive kid a stimulant (like Ritalin) to try and calm him down, right? Well, actually the science behind it makes sense. This is how it works: In order for our brain to know that it is awake and to orientate itself it need a baseline level of stimulation.  Things like the feel of the clothing on your skin, the traffic noises outside and so on provide this stimulation.  Once we have this baseline level of stimulation we can block out irrelevant stimuli and focus on a specific task. Because children with ADHD are under stimulated they are constantly looking for that stimulation in their environment.  This is why they are constantly distracted by all the irrelevant stimuli around them.

Children with ADHD can hyper focus on topics and tasks that they are really interested in.

This is something I certainly didn’t know about ADHD when I first starting working as an Educational Psychologist. Something I could initially not understand. I often hear a parent say something like “I don’t understand how he can be so easily distracted at times, and yet at other times – while he’s watching TV or building Lego – he can concentrate for hours”.  The tricky part here is that children can concentrate for hours on something that stimulates their interest. Unfortunately this rarely includes schoolwork.  The positive aspect of this is that children often do better in later years once they have found a subject or area of study that interests them.

ADD is more difficult to spot in a busy classroom than ADHD is.

Girls generally have a gift for languages and boys for mathematics.

This difference in potential is very small. But in children with ADHD I find that this difference shows up in a more pronounced way. Because children who battle to concentrate have to work so much harder at achieving in the fields they have a natural disadvantage in.  In my practice I find that girls with ADHD often also present with difficulty in mathematics and boys with ADHD with difficulties in reading and spelling.

ADHD is not something you can outgrow

There is a lot of controversy about whether children can in fact “outgrow” ADHD.  In my experience this is not possible. Rather I have found that the hyperactive symptoms decrease with age. So what happens is that children who were previously described as disruptive,boisterous and noisy start behaving more like the typical “daydreamer” descriptions of children with ADD.  And as a result they become less noticeable in the hustle and bustle of a busy classroom.

Does this article include things you didn’t know about ADHD? Keep an eye on our Learning Difficulties Pinterest Board and we’ll keep learning together.