Dealing with your aggressive toddler 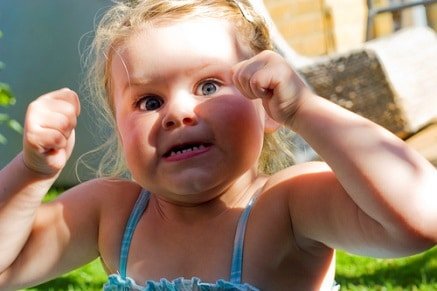 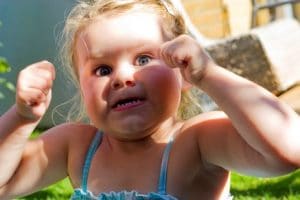 Most reasonable parents will understand that some form of hitting, biting, scratching and kicking is to be expected with toddlers – but what is normal and when does toddler aggression become a problem?
In order to try and answer this question, lets first look at how aggressive behaviours may develop: Babies first begin to learn about and explore the world through their hands and mouths.  Initial bites and slaps may just be a way in which your baby tries to communicate with you and will most likely not hurt or be aggressive in nature.  Also remember that, in general small children have very limited language skills, as they become frustrated at not being able to communicate their wants and needs in words, toddlers may fall back to communicating through their actions and so might lash out at others. Add the overwhelming need for independence and poor impulse control in the toddler years to this mix and you’ve got the perfect recipe for a melt-down.

But keep in mind that before the age of about 3 years children do not have the cognitive ability to fully understand their own feelings, never mind those of others.  They have not yet developed the capacity for empathy and so cannot comprehend how the other person feels when they are hurting them – in a sense, it is thus clear that an aggressive toddler’s behaviour is largely unintentional.

So, how should you deal with your aggressive toddler?

If your toddler is on the recieving end of the aggression you would try to deal with it in the following way: