ADHD in Children – what you should know 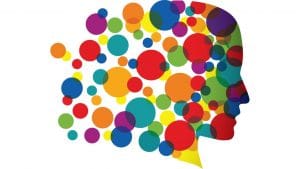 Attention Deficit Hyperactivity Disorder or ADHD in children is characterized by persistent inattention, impulsiveness and often, hyperactivity. ADD is generally thought of as a childhood disorder. But it can persist into adult life. It affects up to 10% of the population and occurs three times as often in boys as in girls.  It can also present rather differently in boys than in girls.

What is the difference between ADD and ADHD?

Children with ADD differ from children with ADHD in that they typically do not display hyperactive behaviour. Children with ADD are often classified as “day dreamers” –  and are often not diagnosed as they are not as disruptive as children suffering from ADHD.  However, getting a diagnosis can be somewhat confusing. Because experts decided to drop the term “ADD” in 1994 and since then children are simply diagnosed with ADHD, whether they are hyperactive or not.  The list of diagnostic criteria that needs to be met in order to diagnose a child with ADHD is set out in the DSM-V.

How is ADHD treated?

The most effective treatment for ADHD include a combination of:

As mentioned earlier, children with ADHD generally do not outgrow the disorder.  But given the necessary tools they can learn to better manage the effects of ADHD as they grow older.