Understanding Autism in Children – a guide for parents 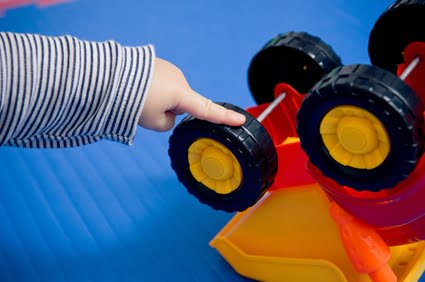 Autism in children can present in many different ways. It is a spectrum disorder. And every child on the autism spectrum has unique abilities, symptoms, and challenges. Learning about autism in children is important for three main reasons:  It will help you – better understand your own child, get a handle on what all the different autism terms mean, and make it easier to communicate with the doctors, teachers, and therapists helping your child.

Autism is not a single disorder. Instead it is spectrum of closely related disorders with a shared core of symptoms. Most children with autism have problems with social interaction, empathy, communication, and flexible behavior. But the level of disability and the combination of symptoms varies tremendously from person to person. In fact, two kids with the same diagnosis can be very different when it comes to their behaviors and abilities.

If you’re a parent dealing with a child on the autism spectrum, you may come across many different terms. These include high-functioning autism, atypical autism, autism spectrum disorder, and pervasive developmental disorder. These terms can be confusing. Not only because there are so many terms, but also because specialists and other parents may use them to mean different things.

But no matter what doctors, teachers, and other specialists call the autism spectrum disorder, it’s your child’s unique needs that are truly important. No label can tell you exactly what challenges your child will have. Finding treatment that addresses your child’s needs, rather than focusing on what to call the problem, is the most helpful thing you can do. You don’t need a diagnosis to start getting help for your child’s symptoms.

What’s in a name?

There is often a great deal of confusion about the names of various autism-related disorders.

Before 2013, there were five different “autism spectrum disorders.” The differences among those five were hard to understand. Especially for parents trying to figure out which—if any—of these conditions affected their child. The American Psychiatric Association attempted to simplify things by combining these disorders into a single diagnostic classification. So in the latest edition of the Diagnostic and Statistical Manual of Mental Disorders they were simply known as Autism Spectrum Disorders.

Since many people were diagnosed before to the change in the classification system and since many professionals still use the older labels, we summarize them here for your.

The three most common forms of autism were previously known as classic Autism; Asperger’s Syndrome and Pervasive Developmental Disorder – Not Otherwise Specified (PDD-NOS). These three disorders share many of the same symptoms, but they differ in their severity and impact.

Autism  was the most severe. Asperger’s Syndrome is sometimes called high-functioning autism. While PDD-NOS is considered an atypical form of autism. These last two are less severe in terms of symptoms. Childhood Disintegrative disorder and Rett Syndrome were also among the pervasive developmental disorders. But since these both are extremely rare genetic diseases, they are now  considered to be separate medical conditions that don’t truly belong on the autism spectrum.

Basic social interaction can be difficult for children with autism spectrum disorders. They may:

Many children with autism struggle with speech and language. Symptoms may include:

Getting an ASD diagnosis can be difficult and may take a long time. Usually a diagnosis is only made two to three years after the first symptoms of ASD are noticed. This is usually due to concerns around labelling or incorrectly diagnosing the child.

If you’re worried that your child is autistic, it’s important to seek professional help. But don’t wait for that diagnosis to get your child into treatment. Early intervention during the preschool years will improve your child’s chances for overcoming developmental delays. Putting a potential label on your kid’s problem is far less important than treating the symptoms.

If your child is developmentally delayed or exhibits other autism-like behaviours, you will need to visit a medical professional or a psychologist who specializes in diagnostic testing for a thorough evaluation. They can help you figure out whether your child has Autism Spectrum Disorder and how severely he or she is affected.

For more information about helping your child with Autism, contact Anel Annandale at 083 711 5267 or via email at  anel@childpsych.co.za.