ADHD and stress in pregnancy – is there a link? 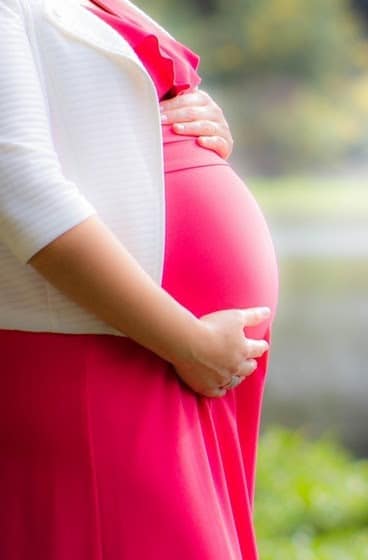 I know, the last thing expectant moms want to hear about now is a possible link between ADHD and stress in pregnancy. For most women, at some stage or another being pregnant means being stressed out.  Even in the ideal scenario where both you and your partner are super happy and really excited about the pregnancy.  See, it’s pretty common for  fears and stressful thoughts to pop into your head from time to time.  You might worry about things like: Will I be a good parent?  Will I able to make ends meet once the baby has arrived?  Could that night of heavy partying before finding out I was pregnant affect my baby? And so the list goes on and on…

And let’s not discard the everyday stresses and strains of our busy lives. Researchers from Carnegie Melon University found that as a society, our stress-levels have “skyrocketed” since the 1980’s. Making it quite likely that in these modern times a high percentage of expectant women might be under severe, chronic stress during their pregnancies.

What the scientists are saying:

A new study has found that stress during pregnancy might make children more susceptible to developing Attention Deficit Hyperactivity Disorder (ADHD) later in life.  Bea van der Bergh and her colleagues from Belgium’s Catholic University of Leeuven conducted this study into the link between ADHD and stress in pregnancy.  The researchers followed 71 mothers and their children from pregnancy to early childhood. They found a very strong link between mothers who reported feeling stressed  during early pregnancy and their children being diagnosed with ADHD later on.

We’re all in this together:

Ironically the last thing pregnant women should do – is stress about this link between ADHD and stress in pregnancy! Several experts have expressed a concern that this research may place excessive blame (and added stress) on the mothers. These experts all emphasize that the newfound link between ADHD and stress in pregnancy is very much a societal problem. That it is up to all of us as a society to figure out how to protect pregnant mothers and their babies from stress.

Some have suggested that employed mothers should be allowed to take maternity leave from earlier on in their pregnancies instead of waiting until the baby is born.  Yet others have suggested that well-known stress relieving activities such as pre-natal yoga and massage should become more freely available to pregnant women.  Whatever your take on all this – one thing seems clear to me – pregnant mothers should be able to reserve the right to slow down and to ask to be excluded from highly stressful environments. At least for the duration of their pregnancies.

Want some tips on surviving stress during pregnancy?  Babycentre has some great ideas.

Do you think your child might have ADHD?  Here’s what to do next.