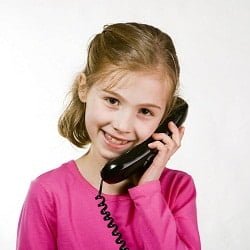 The following aspects are all important in accurate auditory perception:

Auditory memory:
The ability to memorise the information received from the ears.
• Clap different sequences with your hands, asking the child to copy you. Use longer sequences as children get older.
• Play “Mom went to the shop”. In this game children (or any willing family members) sit in a circle and one person begins the game by saying, for instance: “Mom went to the shop and bought flour”. The person to the left repeats this sentence and then adds another item, for example “Mom went to the shop and bought flour and apples”. The game goes round and round the circle with each person adding another item to the list until somebody finally forgets to name one of the items on the list. It might be difficult for young children to remember the items in the correct sequence, but older children should be encouraged to name the items in the correct sequence. You can also change the context of the game, for instance:“We went to the zoo/circus/aquarium/park/farm and saw …” – this will also help children with their categorization skills later on.
• Ask your child to recite your home number, office number and cellphone number as well as the numbers of friends and other family members.
• Have children help you remember your shopping list.