Stages of Cognitive Development in Children 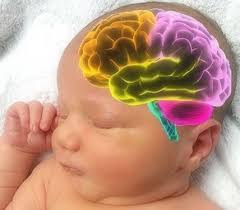 Ever wondered how cognitive development progresses in children?  It’s a fascinating process.  Jean Piaget was a Swiss psychologist who was also really interested in this question.  So he studied the development of his own three children. And in 1936 Piaget published a theory that is still useful today.

Before Piaget published his theory on cognitive development in children, many people thought of children as just being mini-adults.  But Piaget suggested that the way in which children think is very different to the way in which adults think.This theory describes the stages of normal intellectual development, from infancy through adulthood.

Now, Piaget realised that not all children will pass through these stages at the ages suggested above.  And sometimes, children show characteristics of more than one stage at a time. But he insisted that three things held true: Development always follows this sequence.  Stages cannot be skipped.  And each stage is marked by new intellectual abilities and a more complex understanding of the world.

When babies are very young, they are only aware of what is immediately in front of them. They focus on what they see, what they are doing, and the physical interactions they have with their immediate environment.

Because the world is still brand new to them, they are still figuring out how things react.  It’s a brand new phase of exploration as they experiment with items.   Shaking them,  throwing them, putting objects in their mouths – they’re basically learning about the world through trial and error. Only at a later stage will their actions become more goal-oriented so that they can bring about a desired result.

As your baby learns to move around on his own,cognitive development increases at a rapid rate. Near the end of the sensorimotor stage (18-24 months), babies reach another important milestone: they begin to talk. This is a sign that they are developing some symbolic abilities.

During this stage (toddler through age 7), young children are able to think about things symbolically. Their language skills become more refined. Their memory develops and their imagination grows wild. All of this helps them to start understanding the difference between past and future.  It also helps them engage in make-believe play and story telling.

But logical thinking hasn’t quite been established at this stage of cognitive development. They still find it difficult to grasp complex concepts such as cause and effect, time, and comparison.

Between the ages 7 to 11, children start to develop the ability to think more logically.  And to reason more concretely.

As they become more aware of external events, their thinking becomes less egocentric.  They begin to realize that everyone’s thoughts and feelings are unique. And  that others may not think or feel the same way as they do.

During this stage of cognitive development, however, abstract and hypothetical thinking is still difficult for children.

This stage of cognitive development is usually reached during adolescence. Children over the age of 11 find it easier to use symbols related to abstract concepts, such as algebra and science.

They can consider multiple possibilities and outcomes.  They learn to formulate hypotheses. And they also begin to think about abstract concepts such as justice and love.

For more information about the importance of childhood development, or to book a consultation, contact Anel Annandale at 083 711 5267 or via email at  anel@childpsych.co.za.