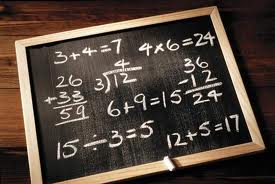 Unfortunately many kids dislike math. It’s almost become a mental block and this is not helped by parents who happily claim,  “Oh, I was no good at maths either”. The funny thing is, most young children enjoy learning to count as they enjoy the rhythm and the precision involved. And it’s really quite easy for parents to help their children develop an interest or even a love for maths from an early age so they feel more confident when they tackle tasks in school. Here is a list of some maths games for kids: